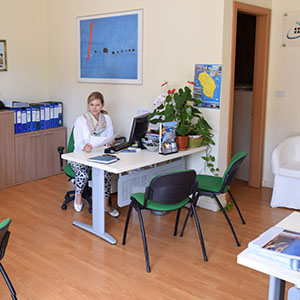 The real estate Abitare in Salento is located in Santa Maria di Leuca, borough of Castrignano del Capo, province of Lecce. A fascinating place like few others in the world, characterised by its toothed, rocky coast and the crystal clear sea.

Because of its geographical location the Romans used to call it “De Finibus Terrae” which means “At the border of the land”.

Apart from the credence of the Romans, this wonderful land has a long history. The first traces of life went back to the paleontological era. It is located in a spot between Punta Ristola and Punta Meliso. This place allowed an easy disembarkation for the ships from the Orient and from the nearby Greece. The first Greek fishermen arriving in this paradise, called it “Leukos”, which means “White light – illuminated by the sun”.

Leuca has been an eligible destination since the early days. It is reported, that the temple of the holy Minerva has been converted to a church dedicated to the Madonna by the apostle Peter. This was the birth of the name “Santa Maria di Leuca”.

Nowadays, hundreds of tourists populate the streets of the elegant and cultured city to admire the marvels that time has left: From the 19th century villas, the basilisk “De Finibus Terrae”, and the characteristic lighthouse whose light is visible over 50 kilometres away. Starting from the 19th century, Santa Maria di Leuca has become famous as a summer residence of the aristocracy of Apulia. The residences, mostly build in different styles by the architects Ruggeri and Rossi still represents a unique and inestimable patrimony of the city of Leuca. 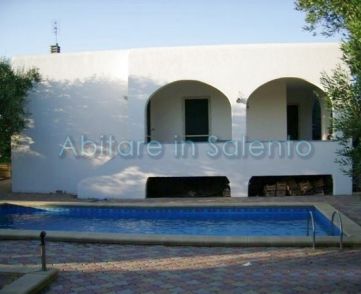 Cottage with Pool Surrounded by Greenery 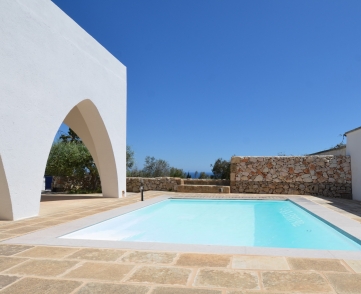 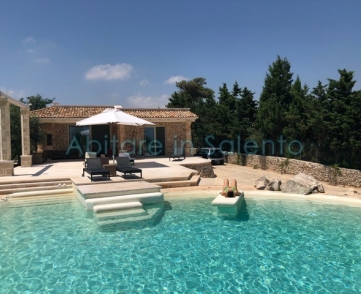 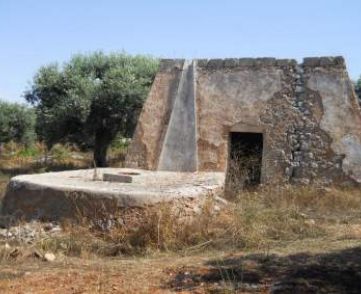 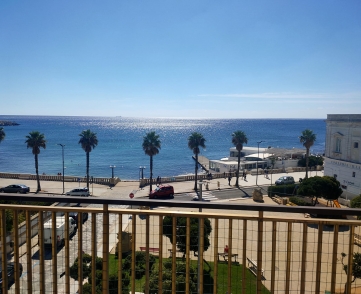 Land on the Adriatic coast 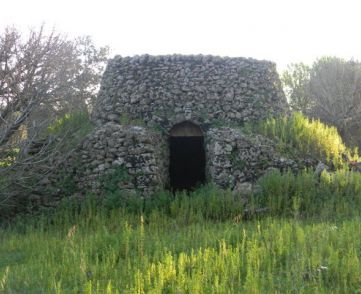 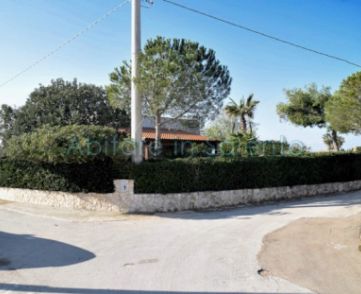